Other trades of the video game

A mobile video game programmer, that's before a whole professional code that brings the hyper-casual games (that is to say with a simple gameplay and accessible to all), casual, mid-core or hard-core for mobile platforms.

Versatile, he has programming skills and in particular for mobile games . In close collaboration with the game designer, lead marketing and monetization manager involved in the creation of the project, he is brought to propose ideas and game concepts " to the production cycles very fast and based on iteration permanent ", precise Ben Kaltenbaek, CEO of Revolt Games, video game editor studio Neopolis Game.

"A mobile game programmer gives himself constraints  supplémentaires compared to the platform , but also in the market  for which you have to know how to differentiate yourself ", explains Valentin Birembaut , developer for the studio Ohbibi .

The mobile video game sector exceeded one billion euros in revenue in 2019 (+ 28%, according to the Syndicate of publishers entertainment software) . A promising and growing market, mobile games therefore unite a large audience, which is why studios have developed this branch while others have specialized exclusively in mobile. Which benefits the mobile programmer.

If it develops games on mobile, the missions of the programmer can be different as explained by Ben Kaltenbaek: "There is the programmer in backend, that is, the one that creates the logic and calculations that the player does not always see as the database, the score, the income , interactions between players?. And the one in frontend which creates what is displayed on the player's screen using mobile application technologies (iOS, Android) or well a graphics engine (Unity). "

Having the knowledge necessary in programming is undeniable, and having skills on mobile platforms is a plus. In other words, a programmer must be able to know:

Occupying this position requires the programmer to have certain qualities in order to be able to exercise and develop as a team. In detail, it must have:

to access Post-bac training. To get a job, it is advisable to have a Bac +3 or +5 in computer science with a specialization in </ span > video game technologies .

It is also possible to opt for a Bac +2 computer science through a BTS or DUT and continue to a Bac +4 and +5. From there, it will be possible to specialize in mobile programming.

"First of all, you have to know how to program, and that can be learned with a lot of practice and discussion with other programmers. Once the basics of programming have been acquired, it is possible to specialize in technologies specific to mobile video games such as Unity " , advises Ben Kaltenbaek.

"We do not specifically choose to make mobile video games, the experience of mobile is mainly obtained with projects that we develop ", clearly specifies Valentin Birembaut who studied programmer at Supinfogame (Valenciennes).

For this, a programming diploma is possible at G.Tech (one of the four Gaming Campus schools) which offers the Bachelor Computer Developer video game option. Over three years, accessible after a Bac or in parallel admission in 3rd year, this program provides all the fundamentals for developing video games. With a pedagogy focused s on the realization of concrete productions such as the development of a mobile game hyper-casual.

It is then possible to reach a Bac +5 level by moving towards the MBA Video game programmer. A two-year course that leaves a lot of room for business immersion.

A mobile developer's salary fluctuates depending on experience and studio. However, the range for a beginner is around 38,000 euros gross annually. Then over the years, his remuneration will reach more than 55,000 euros.

Like the profession of video game programmer, the one on mobiles will have no trouble finding an employer as long as the sector growth is exponential. " Programmers are the most popular profiles in this industry, points out Ben Kaltenbaek of Revolt Games. < / span> Some studios (like us) only recruit juniors to train them internally on innovative technologies, often not yet taught. Thus, all you need is an excellent learning ability and motivation to be recruited. "

After a few years, a developer can hope to move to other positions such as mobile project manager, but also work as programmer for video games on consoles or PC .

In a few words

The future seems bright for the profession of mobile video game programmer since the gaming on tablets and smartphones does not know the crisis. However, this profession requires having fundamental technical skills in classic programming and on mobile in order to develop hyper games. casual, casual, mid-core or hard-core. 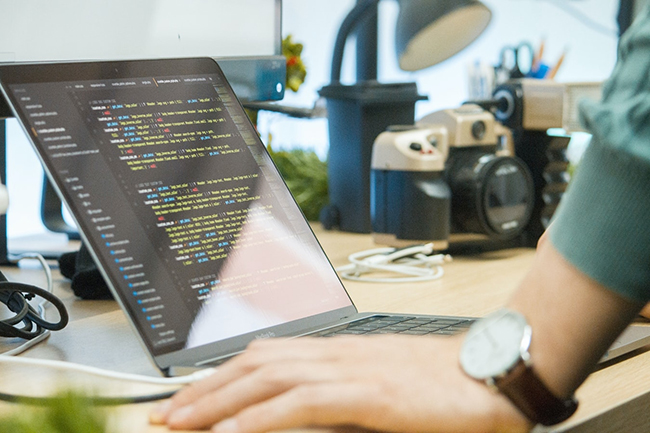 A question, a suggestion, a problem ?